Penang, Malaysia – November 2017 – A torrential downpour over the weekend on 4-5th November has led to a disastrous flash flood in Penang. Penang was inundated by the flood to a dangerous level at several places on the island from historical places to urban areas. Some places were seriously affected whereby cars were stalled and the residents' houses were engulfed by flood water. Typhoon-like winds and storm affected almost 80% of the state leaving hilly roads wrecked and closed due to landslides with uprooted trees causing massive traffic gridlock.

The unexpected natural disaster that struck Penang had left a heart sore in the eyes of many. Therefore, ViTrox took this opportunity to gather its employees and make the move to support those in need.

As a helping hand, ViTrox has internally initiated a flood relief program sending ViTrox's V-Serve Volunteers from different divisions to help out the unfortunates in Juru and Bukit Mertajam area. The 4 days flood relief program was held from 7th November to 10th November 2017. Complying with the corporate IACTG value, this mission has managed to gather a group of V-Heroes to connect as one and serves as a team.

Flood victim from Taman Sentul, Norazazura Abu Bakar, housewife, expressed her fear for the safety of the family especially her kids as the murky water leveled up to half of her body.

“It was one of the worst flood I had experienced. The electricity was disrupted and all electronic devices, mattresses and even furniture have to be thrown away. We have to clean up the house in order to sleep because it was so dirty and filled with flood water but thanks to the help from volunteers. Our house is now clean.” she said gratefully.

A sharing from V-Serve's volunteer, Wong Wen Juan, R&D Engineer of ViE, “We are still young and energetic. Hence, we should help when we still have the capability to do so particularly those elderly victims who lived by themselves. We should help them regardless of their race, ethnic and skin color because we live in a multi-racial society.”

The folks were left stunned by the severity of flash floods that ruined almost everything they had in their house hold. Fortunately, the fruit of these hardwork paid off as the victims' premises are cleared from clutter, mountains of damaged items by the road side are disposed and roads are free from congestion.

It was an opportunity for contributing back to the society for ViTroxians who were there throughout the 4 days program. “The joy of giving without asking for return” is indeed wealthier than the value of money which can only be experienced by the individual itself. A round of applause to the team in the success of flood aid. 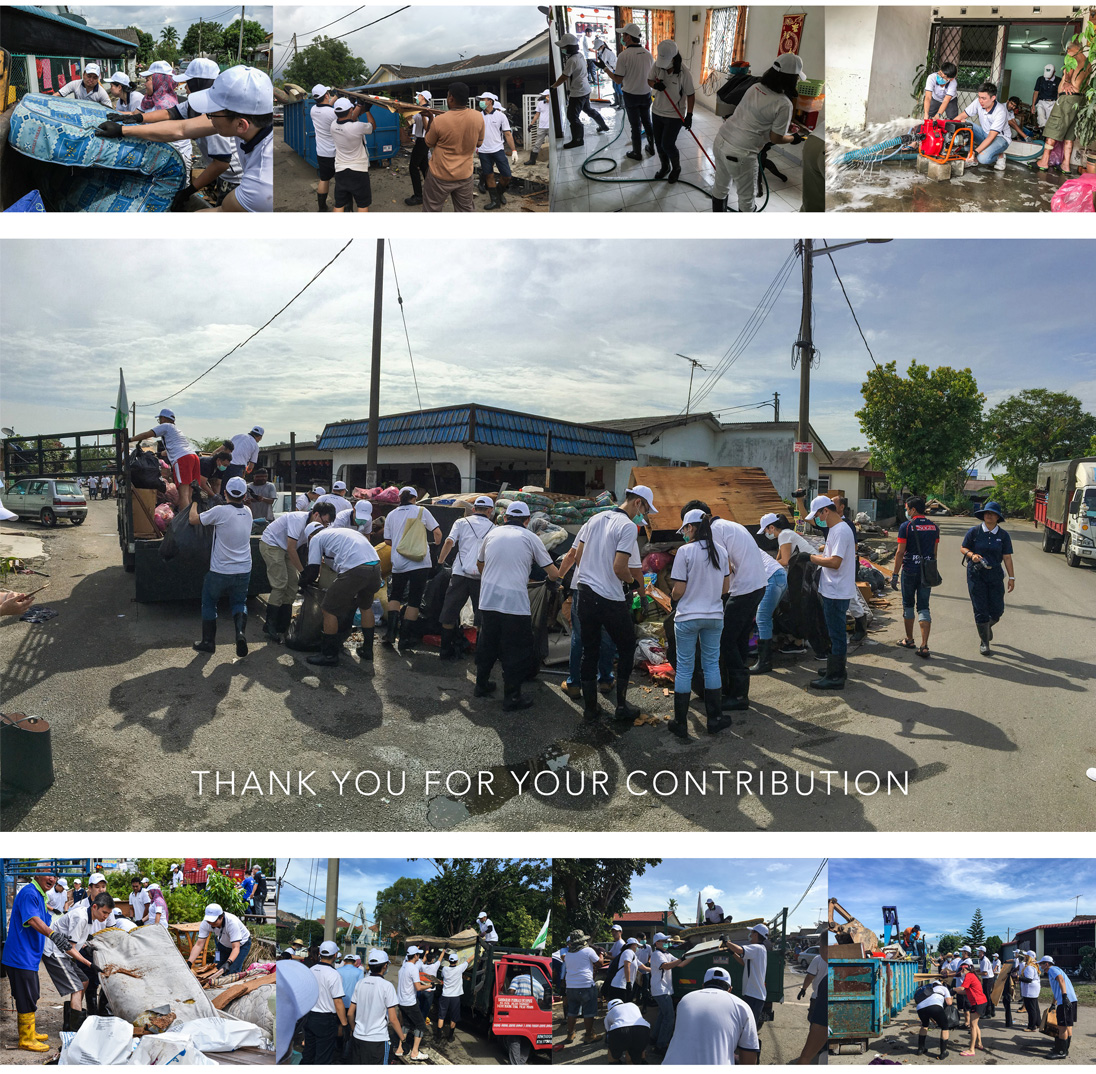