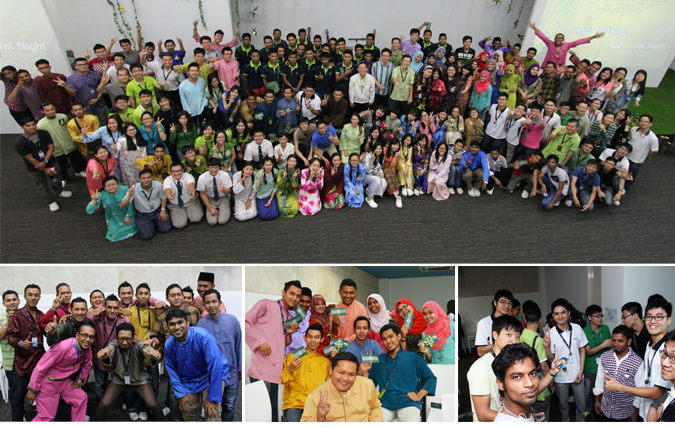 In conjunction with the festive season, ViTroxians from all background, races, religions and cultures had actively participated in this warm and meaningful Cultural Night held in ViTrox's new auditorium. Moreover, most of the participants dressed in traditional costumes such as Baju Kurung for female and Baju Melayu for male.

There were various kind of performance and activities taken place during the night such as Cultural Dance, Live Band Performance by Music & Singing Club, Hand-sign Language Performance by internship students from Tzu Chi College of Technology , Traditional Games and plenty of traditional Malay Vege Buffet delicacies were served during this celebration.