As growth in semiconductor usage underpins a 38 percent surge in Malaysian technology stocks, companies like Vitrox Corp. are expanding.

The manufacturer of inspection machines for the semiconductor industry is building a 120 million ringgit ($27.2 million) factory, quadrupling its output as Managing Director Chu Jenn Weng predicts another record year for earnings.

Vitrox joins other Malaysian electronic service providers in expanding output to meet increased demand for chips, betting orders will rise as global manufacturers invest in next-generation technologies such as artificial intelligence and the so-called Internet of Things. Global semiconductor revenue is forecast to jump more than 12 percent this year, according to Gartner Inc., one of the leading technology industry research and analysis firms.

"We have already seen orders continuing to pick up since December and it has been very strong," Chu, 47, said in a phone interview last week. "2017 will be the beginning of a few good years in terms of semiconductors and electronics” as the company’s pool of customers add on capacity, he said. 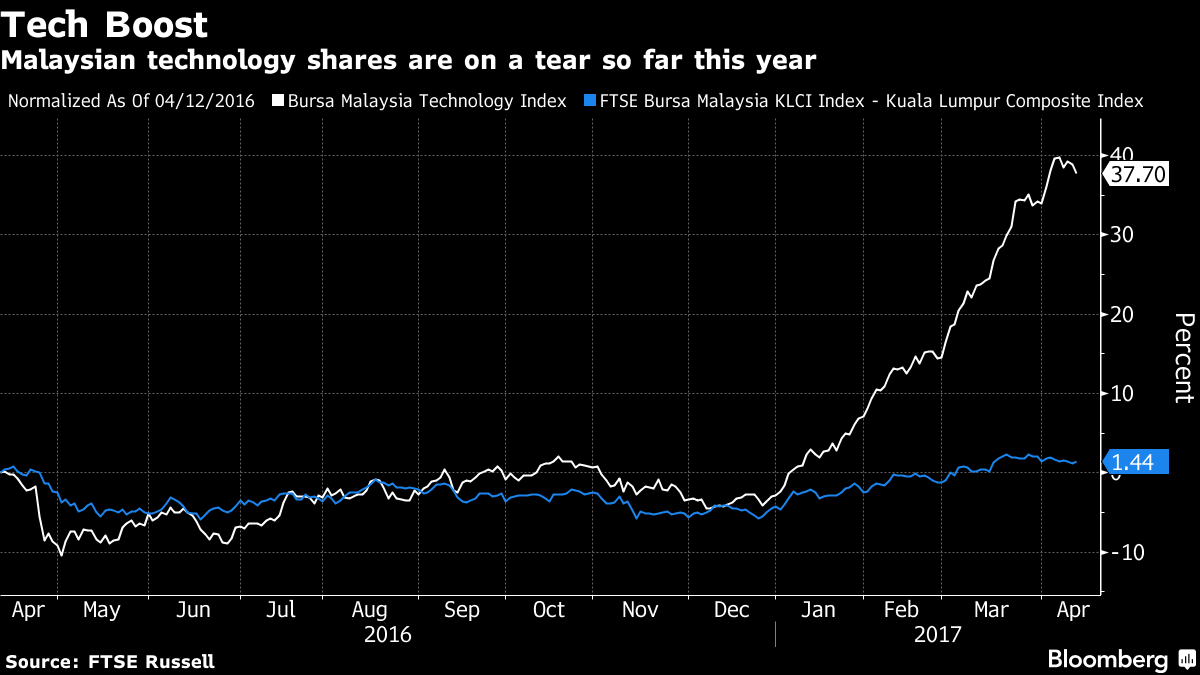 The Bursa Malaysia Technology Index climbed to its highest level since 2007 on April 6. It's the best performing gauge out of 10 industry groups and its advance compares to a 5.6 percent gain on the FTSE Bursa Malaysia KLCI Index.

Signs of health for the industry are evident in the nation's overseas shipments. Malaysia's exports in February jumped the most in seven years boosted by a surge in demand for electrical and electronic products, which accounted for a third of total shipments.

Vitrox has gained about 21 percent this year. Its peers including Malaysian Pacific Industries Bhd. and Globetronics Technologies Bhd. have done even better, surging at least 45 percent in the same period.

Vitrox plans to double its workforce to 900 by 2019, said Chu, who first ventured into the business after working as an engineer in Hewlett Packard Enterprise Co.'s Malaysian facility. About 25 percent of the company’s revenue is from Malaysia and it also has customers in China, the U.S., Mexico, Taiwan and Europe, Chu said.

The company reported 63.7 million ringgit revenue for the three months through December, eight straight quarters of growth. Net income in 2016 was a record 65 million ringgit, data compiled by Bloomberg show. Chu said the company is not ruling out any mergers and acquisitions that could complement its existing business.

“We are hungry for growth,” he said.