ViTrox recently celebrates another breakthrough as the company has been named to ASEAN SME Excellence Awards 2015 under the sub-cateogry of 'Innovation'. 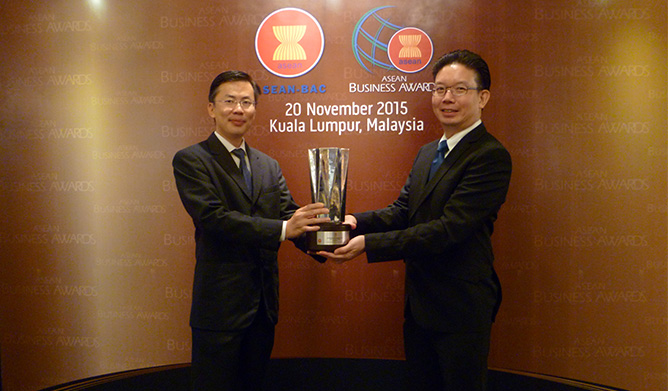 The ASEAN Business Awards Malaysia (ABAM) are presented by ASEAN Business Advisory Council to recognize the outstanding local enterprises and use it as a platform to spread knowledge about the ASEAN Economic Community (AEC) which is something that all Malaysian businessmen should aspire to be a part of.

The award was presented to the company during an November 20, 2015 ceremony in Kuala Lumpur Malaysia, received by Mr CHU Jenn Weng, ViTrox Corporation Berhad CEO / President.