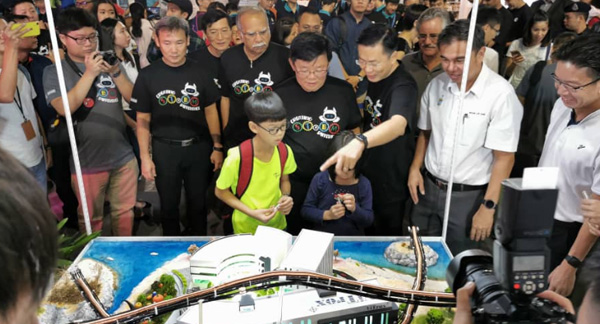 PENANG MALAYSIA - November 2019 - ViTrox Technologies participated in the annual Penang International Science Fair 2019 (PISF) on 2nd and 3rd November 2019 from 9am to 6pm at SPICE Arena Hall. With the booth size of 800sqft, ViTrox came with its unprecedented workshops setting to attract the crowd after four years of appearance at PISF.

Contrary to the past, this year’s workshop wasn’t just to stimulate children’s interest in Science, Technology, Engineering and Mathematics (STEM). Still, it is also to educate the younger generation on the importance of agriculture to the mother earth. Apart from the robotic games, ViTrox showcased V-Farm Automation, a modern vertical farming system that enhances agricultural yield and minimizes the usage of resources. Chow Kon Yeow, Penang’s Chief Minister, was attracted by the initiative and tasted fresh veggie salad planted by the in-house environmental engineer on the first day of his visitation. 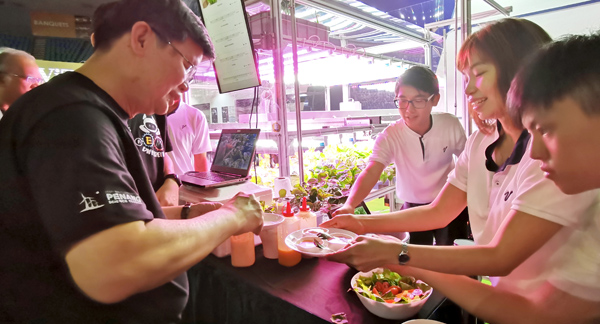 “Thriving towards our goal, the workshops this year were to equip the children further on the knowledge of science and the elimination of electronic waste so that they are fully prepared for the advanced robotic world in the future,'' said Ms Yeoh Siew Eng, the Manager of People Management in ViTrox. 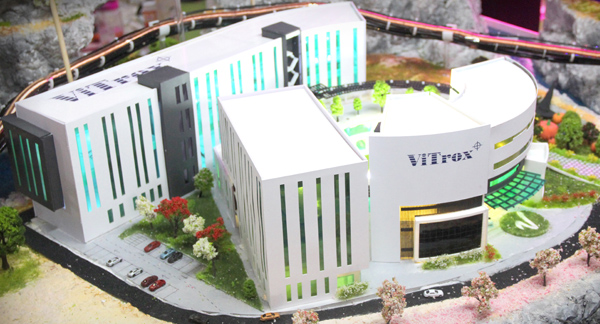 As its primary motive is to promote STEM initiatives, ViTrox showcased three robotic interactive activities for the children and their family members. V-EM Train was one of the significant events of this year. While having a replica model of ViTrox building with a train track on it, children were given opportunities to construct a self-made electromagnetic train and make it sail on the track from one end to another.

Concurrently, ViTrox assigned several volunteers to guide through children on other games to enhance their knowledge towards vibration and motion theories. V-Mini Robot is a moving robot that can be built with a few simple kits while V-Chicken Run allows players to combine three Arduino components into a Wii Motion Game Controller (Demo Game was generated through Unity 3D Software Development Kit).

One of the parents claimed, “Not only that ViTrox is full of young and passionate workers, but the business concept is simply intriguing as the organization encourages technologies growth and sustainability of green environment simultaneously.”

The participation of ViTrox at Penang International Science Fair 2019 was successful as many young generations strive to join the engineering world in the future.