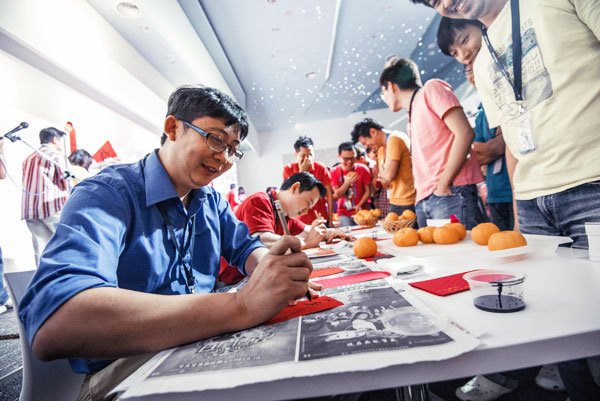 In the spirit of spreading happiness, ViTrox celebrated the Chinese New Year with ViTroxians in new auditorium. To encourage motivate and express gratitude to the employees for working right until the Chinese New Year, the top management team and department managers/leaders elaborately done did the their calligraphy writing as a New Year wishes for all the employees. the Service Section of General Manager's elaborately done their calligraphy writing as a wishes for all the employees. 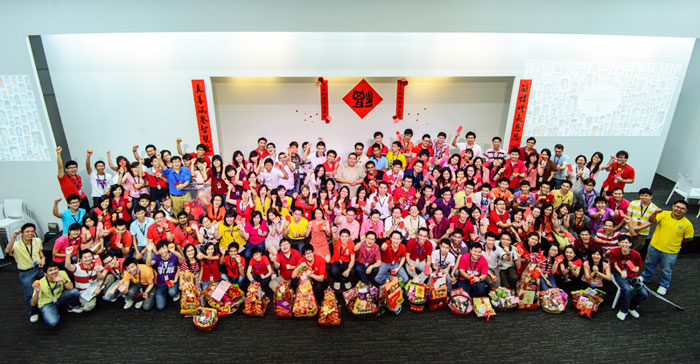 At Towards the end of the celebration, the lucky draw session brought the gathering to another climax. Quite a number of hampers were prepared and distributed to each department according to the number picked. When lucky numbers were announced, the moment of cheers and laughter kicked off, bringing the jubilation of the Chinese New Year to the entire company. To express thankdids to and cheer up employees, a large lucky draw as big hamper was held after angpows distributions to ecstasy.