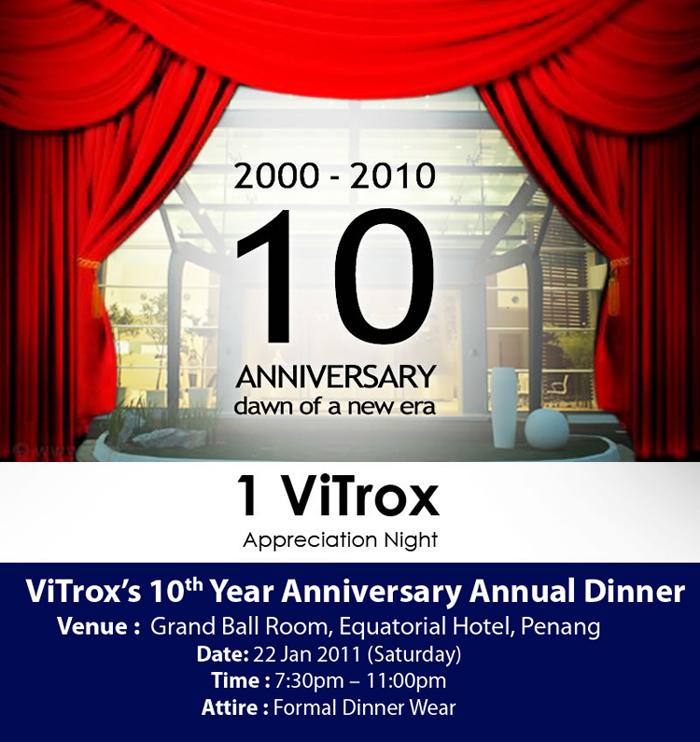 The year 2010 was ViTrox's 10th Year Anniversary, and in conjunction with this, we took the opportunity to have a grand Annual Dinner. Aptly themed 'Dawn Of A New Era', it was ViTrox's biggest event ever since.

This event is special not because of it's grand appearance but the reason being that each and every employee took part to make this event a memorable one. Instead of the conventional shows in all events, where the entertainment were outsourced, the 'Dawn Of A New Era' was fully organized with our own employees. We have a selection of ViTrox's choir, sketch, interviews and multimedia presentations, all prepared from ViTrox's employee. 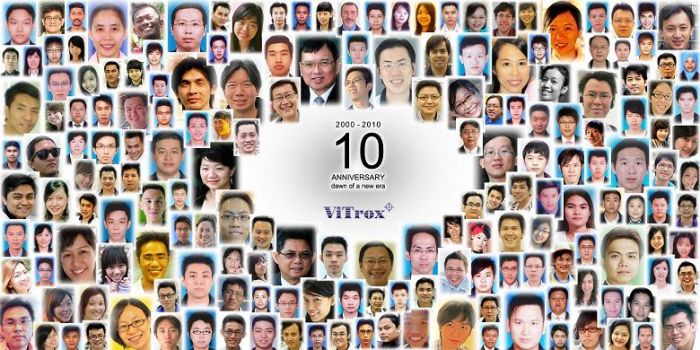 All of ViTrox's employees including those based in China and the USA , our big customers and big vendors were invited to join in this grand event. 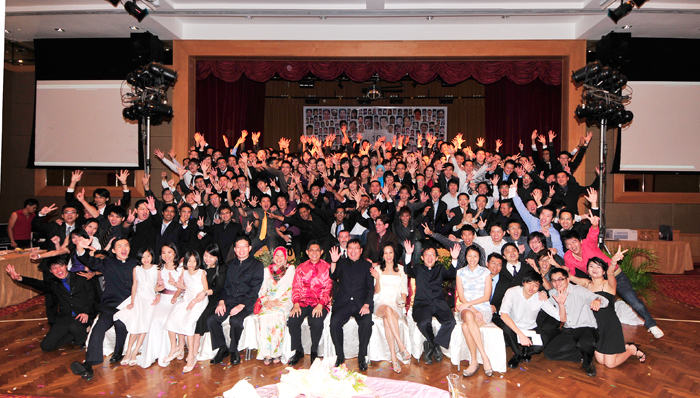