PENANG, MALAYSIA - 12 JANUARY 2023 - ViTrox CEO Chu Jenn Weng was named the EY Entrepreneur Of The Year (EOY) 2022 Malaysia among 13 top nominees vying for the title. Chu was also named the winner of the Master Entrepreneur category, the entrepreneur who has made a sustained contribution to the success of one or more businesses over an extended period, founded more than five years ago.

EY Entrepreneur Of The Year, organised by Ernst & Young (EY), is an award program that recognises and honours entrepreneurs who have unbounded ambitions to deliver innovation, growth and prosperity that transform the world. It is the first global awards program of its kind and celebrates entrepreneurs through regional and national awards programs in more than 145 cities and 60 countries.

He added that Chu strives to build a winning team at ViTrox by leading the company on a solid environmental, social, and corporate governance (ESG) five-theme strategy as a go-green practitioner, an accountable purchaser, a caring employer, a trusted corporation and a sustainable governance. 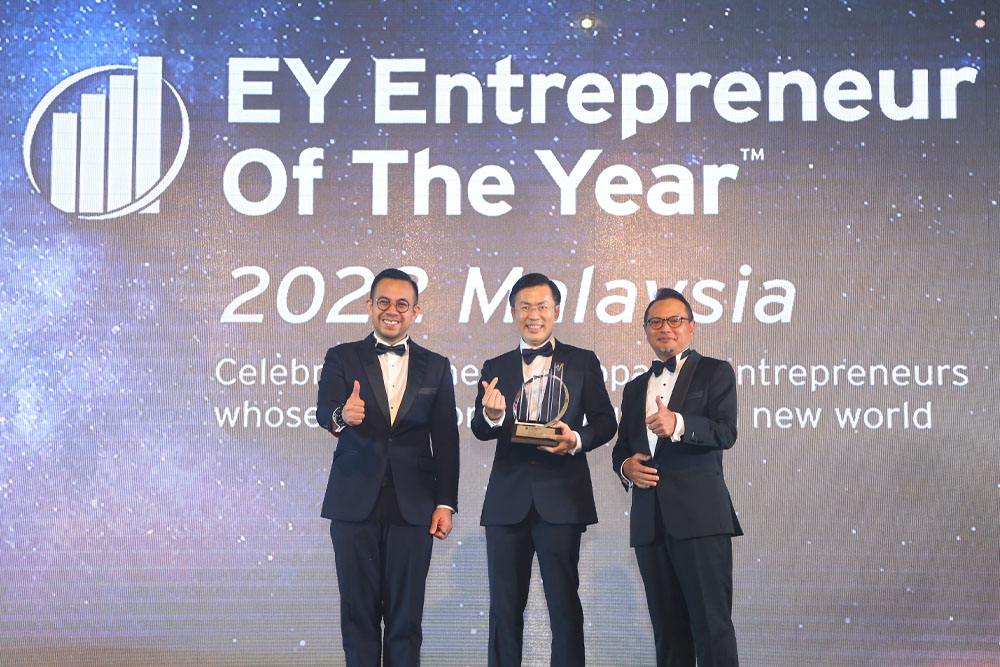 Chu also won the EY Technology Entrepreneur category award in 2011. Under Chu’s stewardship, ViTrox has achieved another record-breaking year of financial performance, with revenue of RM 680.1 million in FYE 2021.

As a representative of Malaysia, Chu will compete for the EY World Entrepreneur Of The Year (WEOY) 2023 award on the global stage in Monte Carlo, Monaco, in June 2023.